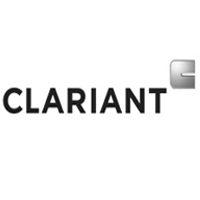 This expansion program will have two extrusion lines at the Masterbatches plant in Ahrensburg, Germany, have been refurbished and can now run at temperatures up to 450°C. Another new line will be installed and running by the end of Q1 2017. In Shanghai, two new co-rotating extruders are now up and running and a smaller high-temperature unit has been started up in Singapore. Jeff Saeger says equipment for processing fluoropolymers has been installed in Lewiston, Maine, U.S.A, and new lines for specialty high-temperature compounds are now running in Holden, Massachusetts. A new black masterbatch line, for engineering polymers is schedule start-up in Holden in Q3 2017.

In addition, the Shanghai plant is being expanded to include not only additional compounding space, but also a new testing and quality-control laboratory. The Asian region already is served by a state-of-the-art lab in Singapore, but Clariant plans to add new physical, chemical and weathering test equipment there as well in the first half of 2017.

In order to work effectively in polymers that are processed at temperatures between 300° and 450°C, masterbatches must be specially formulated using not only the same high-temperature base material, but also special pigments and additives that can stand up to extreme levels of heat and shear. All of this requires not only advanced extrusion equipment but also specialized auxiliaries, including pre- and post-drying drying equipment and multiple gravimetric side feeders.