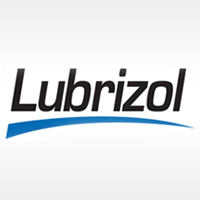 The Lubrizol Corporation announces the groundbreaking for a new TempRite® chlorinated polyvinyl chloride (CPVC) compounding plant in Dahej, India.  Construction of this plant is an integral component of the company's previously announced $400 million global expansion of its resin and compounding manufacturing capacity.  Further solidifying Lubrizol's commitment to the Indian market, investment in this new plant marks Lubrizol as the first major global producer of CPVC to establish operations in India.  The estimated investment in the new plant is more than $50 million U.S., and it will have the capacity to produce approximately 55,000 metric tons of compounds annually.

The plant will be strategically located in the Gujarat Industrial Development Corporation (GIDC), which is one of the largest chemical parks in the country. Many of the raw materials required for Lubrizol's specialty chemical product portfolio are produced in GIDC.  The plant is located near excellent infrastructure and is well-positioned geographically to serve the growing Indian market as well as support the emerging growth of the TempRite CPVC business in South Asia, the Middle East and East Africa.

"Our investment in India is a major step forward for our customers based in the region," explains Manoj Dhar, head of TempRite Engineered Polymers in South Asia.  "With the projected growth of our FlowGuard® hot and cold plumbing system products, this plant will be instrumental in enabling us to better meet the growing demands in the market."

"Lubrizol remains committed to supplying our customers and manufacturing partners with quality piping solution products for their continued global growth," states John Nunnari, global general manager of TempRite Engineered Polymers.  "Utilizing the most advanced compounding technology developed in the U.S., the India compounding plant is expected to provide us with a strong, reliable manufacturing base for India and other nearby markets."

Lubrizol is recognized as a global leader in reliability, quality and providing innovative solutions for its customers' high-performance application needs and remains committed to ongoing investment in its CPVC capabilities that support future growth. The company is dedicated to providing its customers with the highest quality piping product through its insistence on using only the best raw materials and strictly managing the resin and compound manufacturing processes.

Lubrizol's advanced polymer technology delivers exceptional performance for the plumbing, fire sprinkler, industrial and other building and construction related applications. The combination of Lubrizol's industry leading position in key global markets and its planned capacity expansion allows the company to better support its customers' growth with its FlowGuard®, BlazeMaster®, Corzan® and TempRite® brands.

About The Lubrizol Corporation

The Lubrizol Corporation, a Berkshire Hathaway company, is a technology-driven global company that combines complex, specialty chemicals to optimize the quality, performance and value of customers' products while reducing their environmental impact.  It produces and supplies technologies to customers in the global transportation, industrial and consumer markets.  These technologies include lubricant additives for engine oils, driveline and other transportation-related fluids, industrial lubricants, as well as additives for gasoline and diesel fuel.  In addition, Lubrizol makes ingredients and additives for home care and personal care products and pharmaceuticals, and specialty materials, including plastics technology and performance coatings in the form of specialty resins and additives.

With headquarters in Wickliffe, Ohio, Lubrizol owns and operates manufacturing facilities in 17 countries, as well as sales and technical offices around the world.  Founded in 1928, Lubrizol has approximately 7,500 employees worldwide.  Revenues for 2013 were $6.4 billion.  For more information, visit Lubrizol.com.