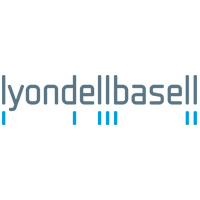 LyondellBasell, one of the world's largest plastics, chemical and refining companies, has selected its La Porte, Texas, manufacturing complex as the site for a new High Density Polyethylene (HDPE) Plant.

The plant will be the first commercial plant to employ LyondellBasell's new proprietary Hyperzone PE technology and will have an annual capacity of 1.1 billion pounds (500,000 metric tons). The project is expected to create up to 1,000 jobs at the peak of construction and as many as 75 full time positions. Construction is scheduled to begin in early 2017 with start-up planned for 2019.

LyondellBasell currently produces a total of 7.8 billion pounds (3.5 million metric tons) of HDPE annually, including capacity of its joint venture facilities. The company is a leading worldwide producer of all forms of PE with an annual capacity of 13.2 billion pounds (6 million metric tons). LyondellBasell is a global leader in the development and licensing of polyolefin processes and related catalysts and plans to make the Hyperzone PE technology available for licensing in the future.